Yet another invasive insect imported from Asia, the spotted lanternfly (Lycorma delicatula), was documented in Jefferson County, Ohio by the Ohio Department of Agriculture in October 2020. Originally detected in Berks County, Pennsylvania in 2014 spotted lanternflies have been found in eight states (Delaware, Massachusetts, Maryland, New Jersey, New York, Pennsylvania, Virginia and West Virginia).

Spotted lanternfly (SLF) is a plant hopper native to China, India, Indonesia and Vietnam. It damages plants by feeding on the phloem (sap) from tree branches, twigs and leaves. In addition to the physical damage caused by these insects, they also secrete honeydew which covers surfaces below attacked trees, making for a sticky mess. Black sooty mold will subsequently colonize the honeydew covered surfaces. Beautiful, but deadly, SLF are approximately one inch long and a half-inch wide. They possess large, visually striking wings. Fore wings are light brown with black spots at the front with a speckled band along the rear, while their hind wings are scarlet with black spots at the front with white and black bars on the rear. Abdomens are yellow with black bars. Juveniles are black with white spots, later developing red patches. Egg cases are yellow. The good news with SLF is that the primary host tree, tree-of-heaven, is also an invasive species from Asia. The bad news is that Spotted lanterfly freely moves between and feeds on more than 70 known hosts, including many high value economic crops (hops, grapes, stone fruits and pomes, etc.) as well as ornamental trees.

SLF feeding results in oozing wounds on branches and leaves, accompanied by a foul odor. Trees can be killed in 2-4 years and are subject to attack by other pests or diseases. Healthy trees are usually able to withstand lite SLF damage, but populations can build quickly overwhelming individual trees.

SLF is easily spread, as it can hitchhike by laying eggs on any flat surface facilitating rapid expansion of Spotted Lanternfly populations, even across state lines. Reports indicate that flat non-organic surfaces are more probable for egg mass transfer than on living plant material.

In January, 2018 SLF was found in 1-square-mile area of a city in Virginia and just one year later is reported to have spread to a 6-square-mile area. It is now a matter of time before the Spotted Lanternfly inevitably proliferates throughout the state and beyond in coming years. 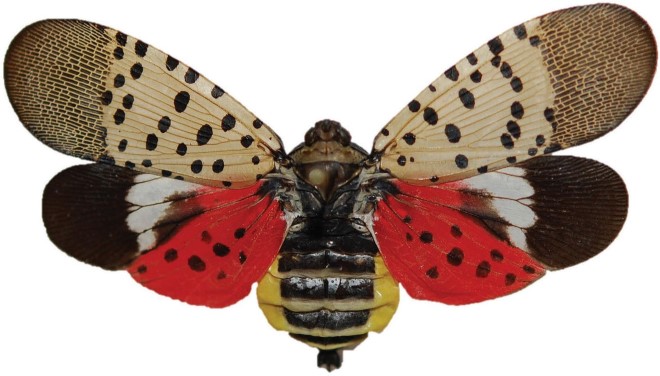 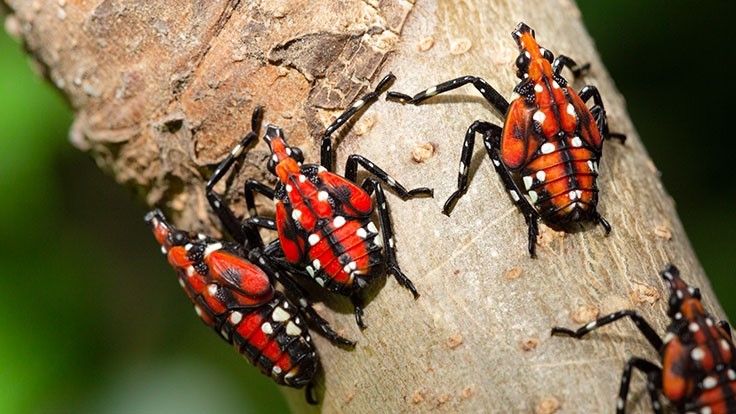 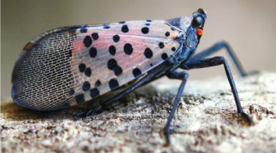 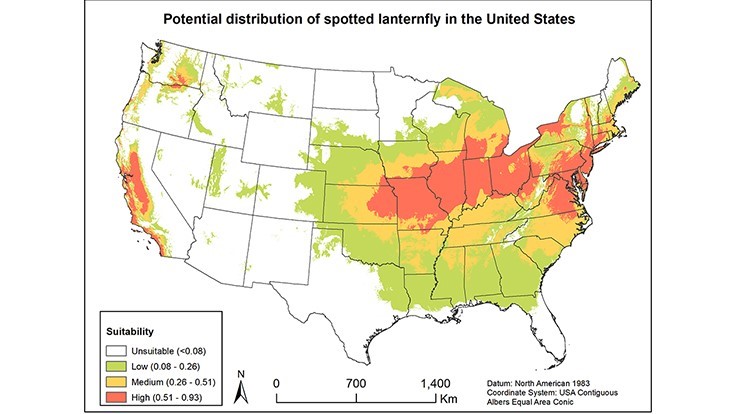 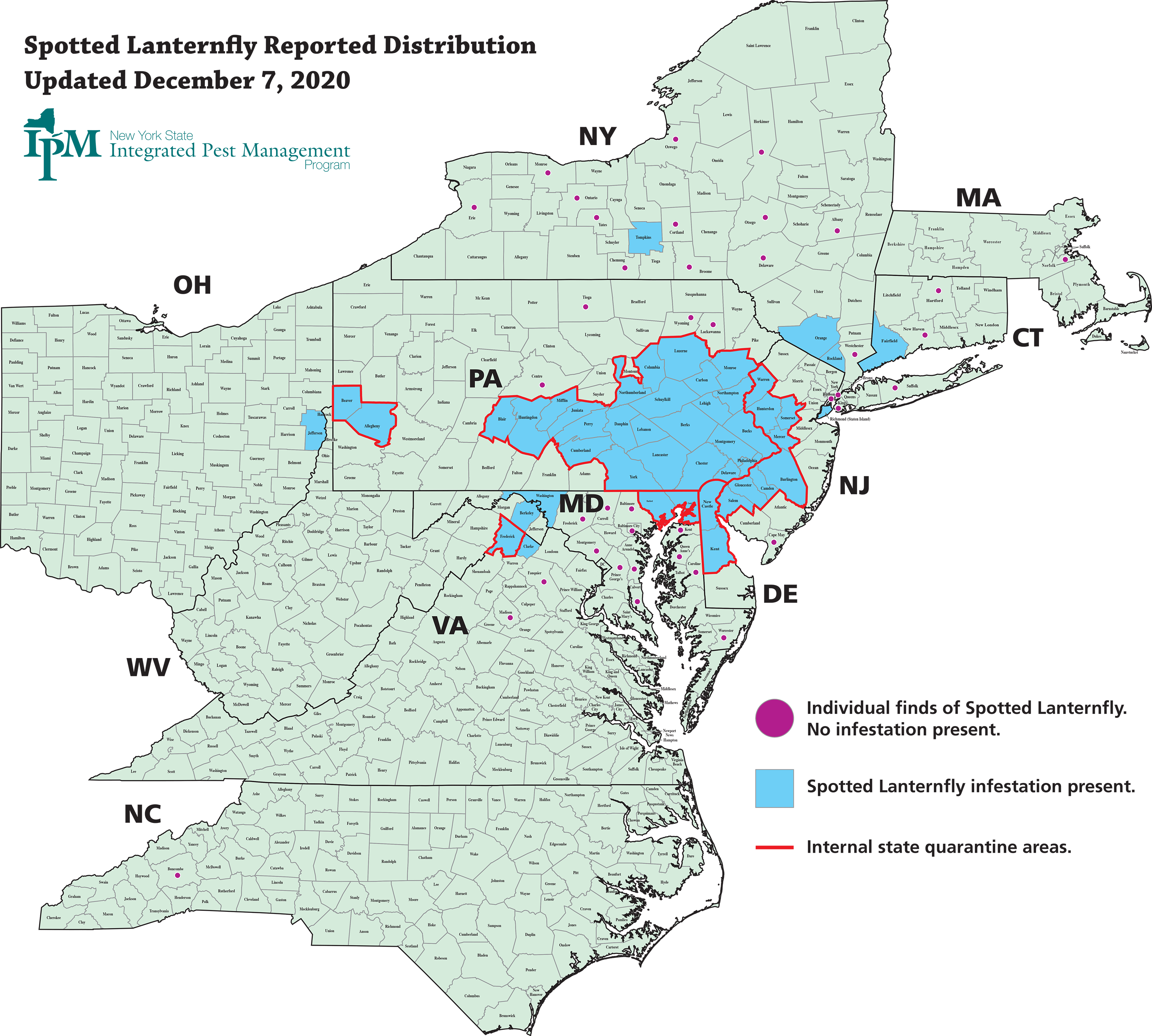 Contact Kennedy’s Arboriculture LLC today to have your landscape assessed for potential
impacts of SLF and available control strategies.